Between 2001 and 2011, the number of people living in city centres increased by 37%. At the forefront of that growth was the City of Manchester, whose population grew by more than 83%. This growth continues.

60% of the population of Manchester City centre are graduates and the majority of these are under 35 years of age. Not only did growth in private sector jobs also enjoy a rapid climb of 44% during the same period, but this was fuelled by growth in the highly paid and skilled ‘knowledge sector’, which accounted for three quarters of that growth.

Whilst growth at these levels can only be seen as positive, the same cannot be said for the growth in property and rental prices over an equivalent period. Four-year rental price growth is set to exceed 25% between 2015 and 2019 and average apartment prices are rising steadily. There are many thousands of new apartments under construction – more than any time before. Many have been pre-sold at significant increases to previous levels, so that by the time they complete, new price points will have been established at levels which would have been hard to imagine even five years ago.

There is a very obvious consequence to this particular trend. A significant proportion of this young professional sector are being priced out of living in the city in which they work. Correspondingly, an opportunity is created for dynamic new property solutions designed around this group of people in locations that give quick and easy access to that city centre work environment and all of the social and cultural opportunities that come with it, but at a price point that appeals to this newly excluded group.

‘Lusso’ by Huntsmere is the first of a number of intended residential schemes to be centred around the UK’s second city. With direct trains to Manchester Piccadilly in 20/21 minutes several times per hour, the residents of this stunning building will be catapulted into this thriving city centre in no time at all. And if this is not enough, the same train service feeds Macclesfield residents into London Euston in 1 hour and 41 minutes, which could improve even further under HS2. The building will be specifically designed to serve the needs of this group – as owner occupiers or as short or medium term tenants.T 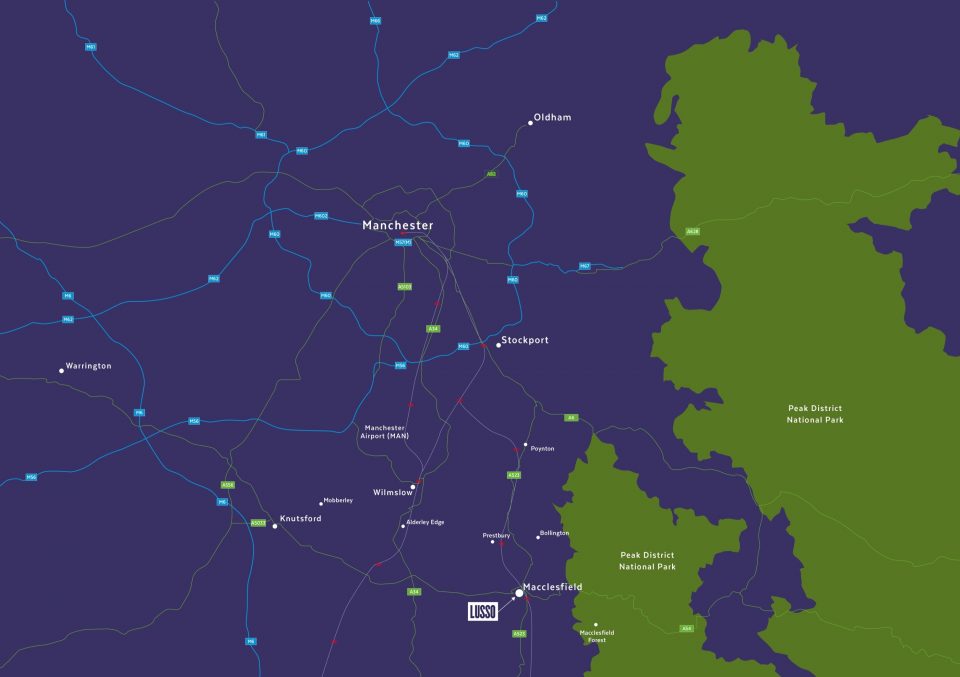